the news in arabic

analysis and news from the arabic-language media

My article in the Atlantic on Syrian soap operas.

In President’s Square, the government dismantled a statue of Hafez al-Assad on June 10. The next day, residents recalled, a man nicknamed Gilamo put his donkey on the pedestal. Hundreds gathered, clapping, in mock displays of obsequiousness.

“Oh, youth of Damascus, we in Hama overthrew the regime,” residents recalled them chanting. “We removed Hafez, and we put a donkey in his place.” 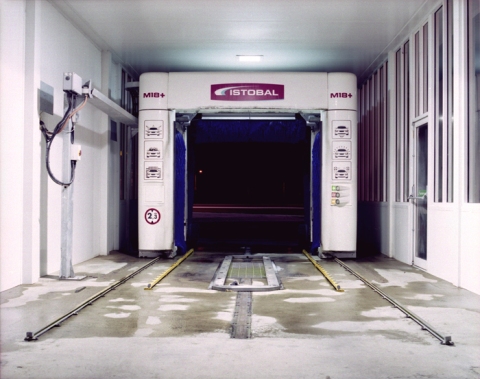 Here are some photos that I gathered from Flickr of travelers’ hotel rooms in the Middle East. My personal favorites are from Bahrain and Saudi. 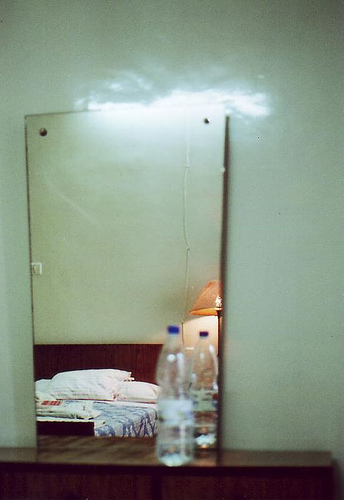 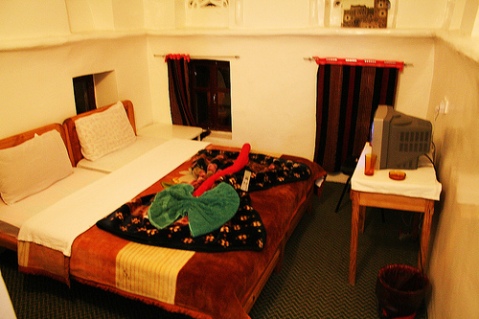 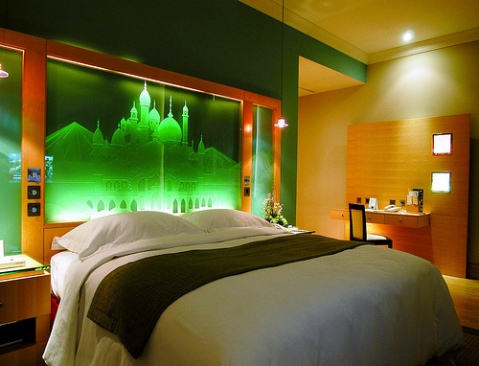 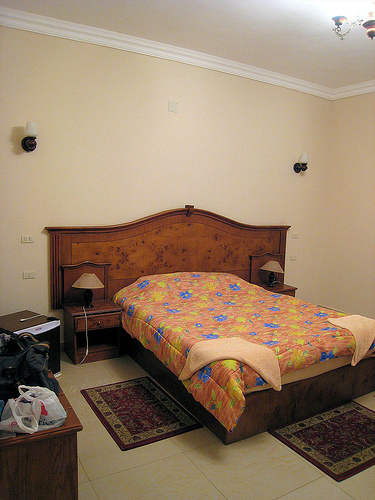 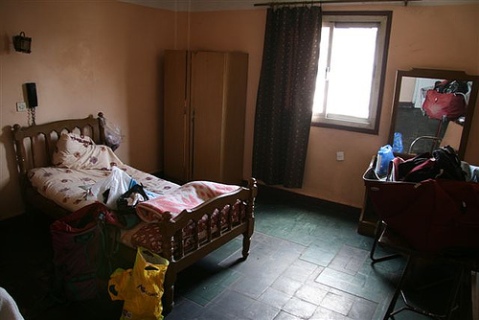 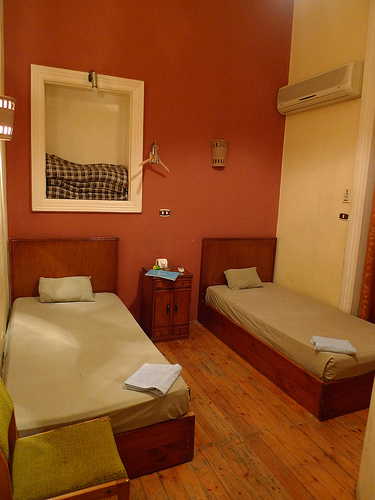 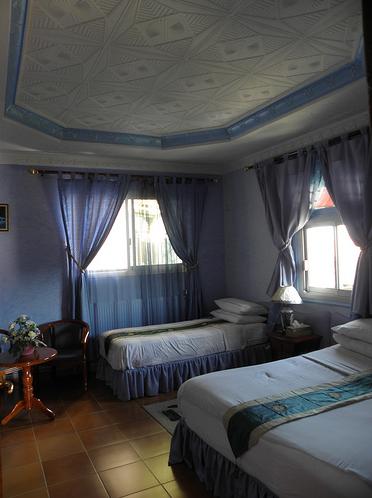 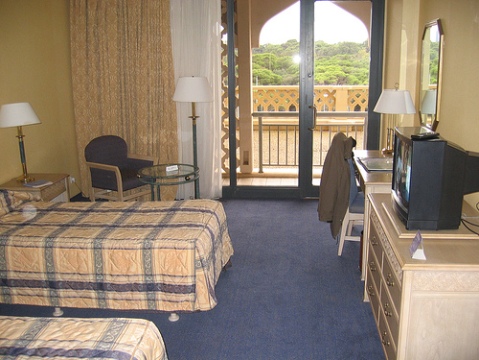 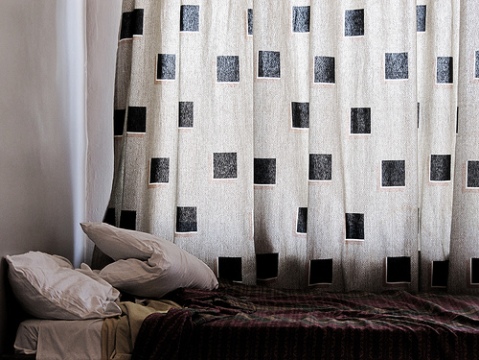 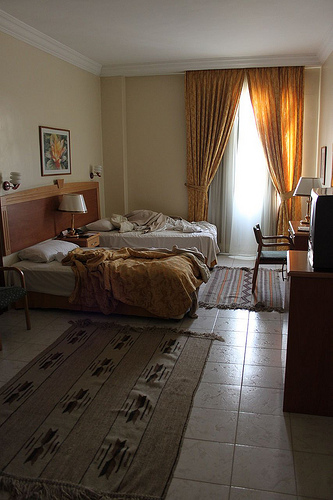 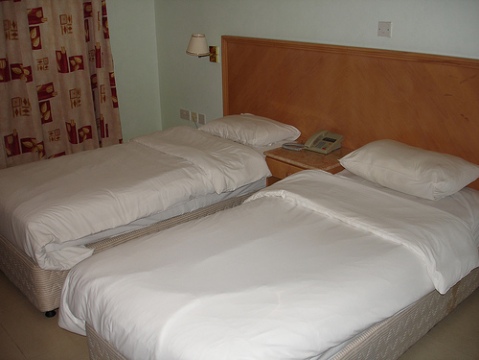 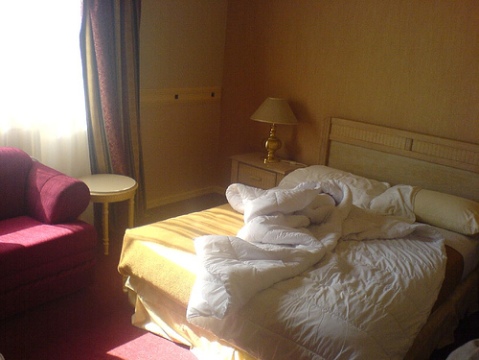 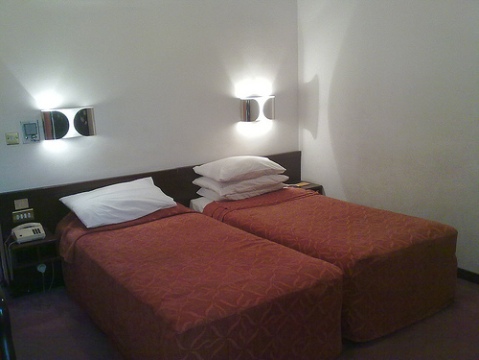 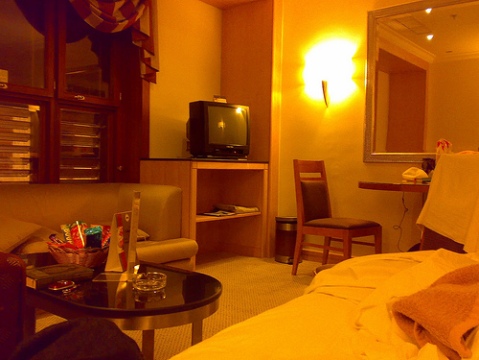 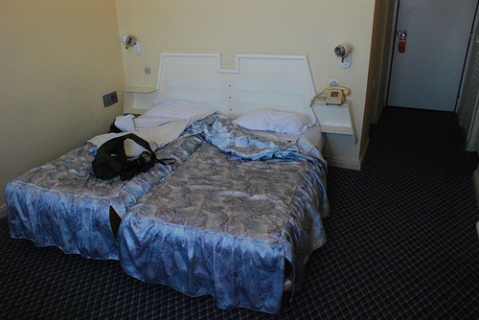 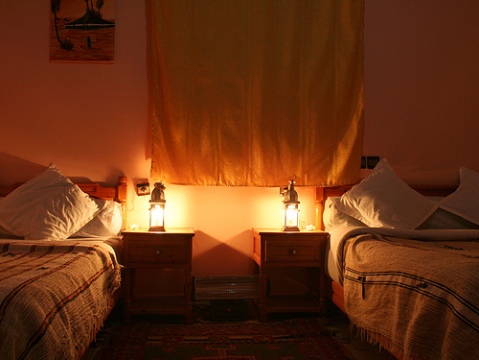 The trash and the dirt and the misery 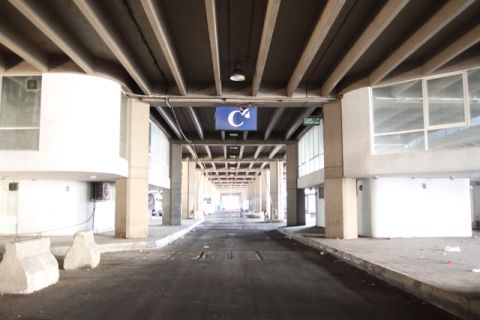 All this and more is discussed in Nora Niasari’s short documentary “Under the Bridge.”

Beirut has a damaged transportation infrastructure to say the least and the documentary touches on a few aspects of it. From the hundreds of broke-down Czech buses now in bus graveyards to the chaotic bus stations underneath bridges, we observe how Beirut transportation also bears the marks of conflict and economic struggle.

The documentary provides the images, along with Lebanese narrations, that coincide with a more complex history. The history is fleshed out in the text accompanying the documentary, with a focus on the Dawrah, Charles Helou, and Cola stations.

Abandoned buses and tramways can be seen as tombs from a distance in ‘Bus Cemeteries’ located at the central stations of ‘Mar Mikhael’ and ‘Sahet Al Abed,’ with one or two caretakers watching over 500 buses on a daily basis. Cola and Dora still remain as central transport hubs, however, their socio-political fabric has changed significantly. In Cola, political forces including Hezbollah, The Amal Movement, and the Lebanese Army govern an overlapping area of Shiite and Sunni Muslims in South-West Beirut, where rising tensions and clashes are ever-present under the bridge. Independent bus and taxi drivers are suffering due to the extreme monopolization of bus depots by private companies, creating chaos and a feeling of constant fear in their daily activities.

Syrian Media and A Gay Girl in Damascus

As many predicted, the Gay Girl in Damascus hoax fits perfectly with the Syrian regime’s narrative of foreign-led instigation of protests in Syria. The hoax has been covered in several Arabic-language news outlets, but the coverage is not yet as widespread or significant as it appears to be in English-language outlets. In coming days, I’m sure there will be more extensive coverage from outlets like al-Akhbar, but until now, here is how some Syrian outlets are talking about Tom MacMaster. 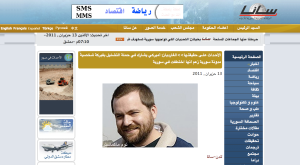 SANA includes a link to the story on their homepage with reports in English and Arabic. The Arabic version reports that “American participates in campaign of deception by fabricating a Syrian woman’s blog [who claims] to be kidnapped in Syria.”  That pretty much sums it up. SANA cites The Guardian as its main source of information, but does not mention sexual orientation until the second to last paragraph. The main thrust of the article is the fact that an American promoted “lies and allegations against Syria,” which turned out to be entirely false. 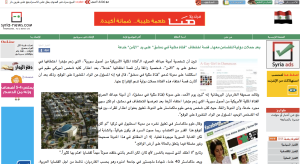 The Syrian online news site Syria News reports the incident as a hoax and clearly mentions that MacMaster impersonated an Arab-American lesbian. Again, the sexuality aspect takes a back seat to the whole “lies and deception” aspect. The article also highlights the Western media’s role in passing off fiction as fact, citing the Reuters photo incident as further proof.

Al-Watan Online, a Syrian site connected with the print version of al-Watan (owned by Rami Makhlouf), gives the standard interpretation of the hoax as read above. Al-Watan states that the gay identity of the blogger was what “helped attract interest of the media and people in the West.”

My guess is that we haven’t seen the last of MacMaster in the Arab press.

Running the Party Line in Syria

My article on the Australian news site New Matilda is up! I look at protest coverage in Rami Makhlouf’s newspaper al-Watan.

Before March 2011, the name Rami Makhlouf received scant mention in the English-language press. Then, as Syrians began taking to the streets in large numbers in the southern city of Deraa, media around the world reported that many demonstrators had chanted that someone named Rami Makhlouf was robbing them. As al Jazeerareports, “demonstrators have shouted the name of Makhlouf as a symbol of graft in a country that has been facing severe water shortages and unemployment ranging from government estimates of 10 per cent to independent estimates of 25 per cent.”

Commentators taking a crash course in Syrian politics started to ask the question: “Who is Rami Makhlouf?”

the news in arabic
Create a free website or blog at WordPress.com.